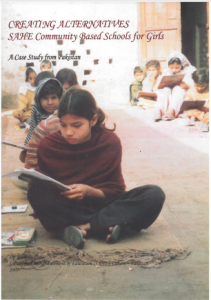 The UNDP report for 2003 put Pakistan at 120″ place, out of 146 countries, in terms of the Gender Development Index, with literacy and enrolment in education among the factors used as a basis for this ranking, Of the other South Asian countries, India was placed at 105″ place, Bangladesh at the 121” place, Sri Lanka at 70″ place, the Maldives at the 68″ place and Nepal at the 199″ place.

Most Muslim majority countries in the world, including Malaysia, Indonesia, Saudi Arabia, Kuwait, Bahrain, Egypt, the United Arab Emirates, Turkey, Iran, Algeria, Tunisia and Morocco finished well ahead of Pakistan in terms of the advancement of women in the health, education and economic spheres.