Down the Indus has been developed as a 5-part animated series for children aged 9 to 11 years following the journey of four protagonists along the River Indus. On the journey the protagonists learn about how civilizations formed alongside riverbanks and all over the world and interact with people from different parts of Pakistan and their culture.

The series opens 3,000 years ago in Hathial (near Taxila/Takshashila), a small kingdom of the Indus Valley Civilization that is home to fantastical technological advancement. Aahana, our protagonist, is a teenaged girl and protégé to the foremost scientist of the kingdom. However, the king’s closest advisor, who is ruthlessly cunning and ambitious, plots to control the king, but Aahana witnesses his machinations. Her attempt to stop the advisor turns into a battle that ends up accidentally transporting her 3,000 years into the future into present day Pakistan through the Sacred Time Travelling Device of Hathial.

In present day Pakistan Aahana meets and befriends a pair of mischievous and kind siblings, Zara and Asad, and Zara’s history teacher, Prof Salman. Her friends decide to help her reassemble the Sacred Time Travelling Device of Hathial so that she can return to her time and save her people. With help of friends and strangers alike, Aahana and her friends travel across Pakistan to complete their mission and learn fascinating things about the world of the past and the world of today.

SAHE developed a series of sixteen radio programs in Urdu, broadcast in nine districts of South and Central Punjab. A total 08 radio programs were developed in the form of dramatization enactments based on Humsafar storybooks. These programs were broadcast on radio FM 103 and its network channels in 5 districts of Southern Punjab and 3 districts in Central Punjab. A series of radio talk shows were also broadcast around key themes of Right to Education, ECE, Inclusive Education, School Safety, Youth, Teachers Education, Citizenship and Culture.

Edutainment: Learning support and advocacy through the electronic media (2013)

SAHE collaborated with Geo television network to launch an educational quiz show titled ‘One school, One Library: Parho aur agay barho that ran on TV every Sunday evening from November, 2012 to April, 2013 for a total of 20 episodes. The winner was to receive a cash prize of PKR 1.8 million that was to be distributed equally between the student and his school’s library for the purchase of more books and resources. The overall objective of the quiz program was to make a significant contribution to the task of creating a knowledge society in Pakistan by promoting reading, encouraging critical thinking and citizenship awareness among students through the use of the electronic media. In addition, the aim was to create a forum where students hailing from different socio-economic strata and regions of Pakistan could compete as well as learn in a healthy environment.

80 students from grades 9 – 12, including an equal number of girls and boys, from both public and private schools from across the country qualified to compete as contestants on the show. These contestants hailed from Lahore, Karachi, Rawalpindi, Hunza, Peshawar, Hyderabad, Islamabad and Muzaffarabad. While the quiz covered a number of disciplines including mathematics, history, geography, science, sports and general knowledge, the purpose was to develop relevant questions with a pluralist perspective that highlighted the richness and diversity of our culture, history and literature and the contributions of minorities, women and culturally distinct groups to our national life.

To address the Math content knowledge deficit of students and teachers, SAHE, in partnership with the Department of Staff Development (DSD), initiated this project that used the growing trend of using technology in the classroom as an aid for teaching and learning. Based on weak content knowledge of teachers, student assessment scores, location, and student enrollment, sets of 12 elementary and high schools in 3 districts (Chakwal, Lahore, Vehari) were selected as treatment and control groups. Urdu adaptations were made of 20 videos from Khan Academy and other sources on geometry. These videos were aligned with the National Curriculum, textbooks and DSD teacher guides and introduced to teachers and students through portable pocket-sized projectors.  The study recommended that future interventions should focus more on teachers using clusters for cost efficiency and considerations of the local context. Teachers’ input and participation should also be taken into account to ensure ownership of such interventions. 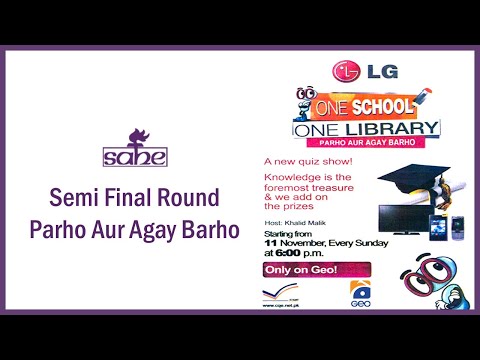 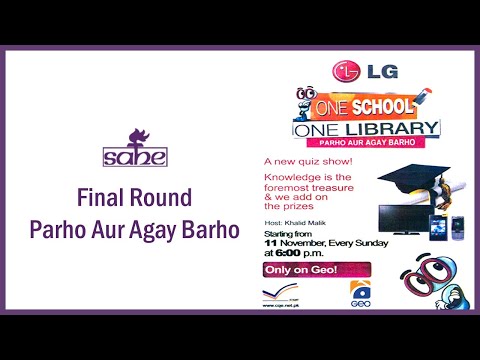